The Green Age on "A.Word.A.Day"

This week I was delighted to see that The Green Age of Asher Witherow, thanks to its use of the word "saprogenic," earned a citation in Wordsmith.org's popular "A.Word.A.Day" feature.

The New York Times has called A.Word.A.Day "the most welcomed, most enduring piece of daily mass e-mail in cyberspace."

Posted by mcunningham at 9:24 AM

My fourth novel, Perpetua’s Kin, will appear this September. Those who know me know that this book has been a long while coming. For most writers of new literature, these are strange, hungry, inhospitable times. In this post I want to share why it’s taken so many years to publish Perpetua’s Kin and why I hope that if you appreciate literature, you will read this novel. 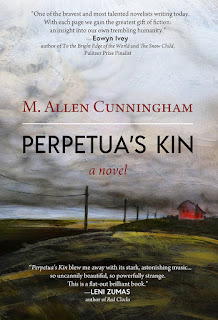 I believe Perpetua’s Kin offers a uniquely affecting and surprising reading experience. And let me be clear. when I say I believe, I’m not talking about stubborn, run-of-the-mill confidence or defensiveness (e.g., “I think it’s good!”). No, I’m talking about belief that comes of having paid the existential costs of the book’s composition and editing process.

You will know what I mean if you’re a novelist and you’ve undergone a sacrificial, years-long dedication to a book, i.e., to the act of writing, rewriting, effacing, writing again, shaping, and drastically reshaping a raw mass of words until it becomes a novel. Becomes is the keyword here, for you do not make or even write a novel so much as suffer its convulsions, confusions, and convolutions until it emerges into clarity all its own and becomes. In other words, the novel becomes an artistic creation thoroughly and surprisingly itself — a creation apart from you, which has answered to its own demands, and therefore, in some mysterious but unquestionable way actually surpasses you: speaks in ways you don’t know how to speak, knows more than you know, feels more than you feel.

All this may seem esoteric to non-novelists, but some years ago, watching as my agent sent this novel out among the “decision-makers” of the publishing world, watching as it came back again and again, I began to understand that rather than some innate problem in the book, it was the book’s essential literary merit — its autonomous completeness as an artistic creation — that prohibited it from finding an advocate in mainstream publishing. This kind of paradox is all too common in today’s publishing industry.

So I’m releasing Perpetua’s Kin through Atelier26 Books, the nationally recognized literary press I founded some years ago in order to lift up good literary work. As the editor of Atelier26 I’ve had the privilege of helping a number of marvelous authors bring their books to readers. I believe deeply in the beauty and power of each Atelier26 book I’ve edited and published, and I can hardly describe how gratifying it’s been to watch a few of these titles receive prestigious award recognition. I’m proud to see Perpetua’s Kin join the company of all the excellent works at Atelier26. 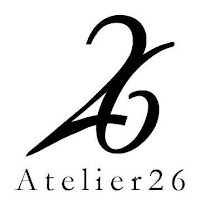 While some of my own prior books have borne the Atelier26 logo, I’ve never actively promoted any of them. Mainly they’ve served to bolster the Atelier26 catalog and generate some extra proceeds for the press as a whole, while I’ve poured most of my energy and focus as a publisher into supporting and promoting my other authors. Perpetua’s Kin will be different, which brings me to confront anew that stamp of contempt used by so many literary folks who wish to stigmatize and dismiss a book without even looking at it: self-published.

What does self-published mean anyway?

I almost made that the parenthetical subtitle of this post, because part of what I’d like to do here, in providing my own professional history and personal perspective as an artist, editor, and publisher, is to complicate in some small way the stubbornly prevailing, mostly snarky understanding of “self-published author.”

Again, maybe you’re a literary author yourself. Maybe, at this moment in your life you’d never dream of self-publication. Maybe at this moment you’re riding high, perhaps with your own work of new literature hot off the press from an established commercial publisher big or small. Maybe your work has been well-reviewed but not particularly hot in sales. I have first-hand experience of those circumstances. You may find my story interesting.

What does self-published mean, anyway? Different things in different contexts.

I think of Virginia Woolf. Was she self-published? 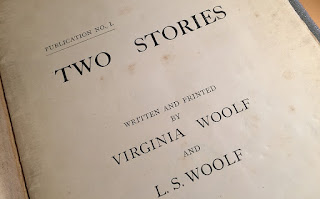 Woolf founded The Hogarth Press in order to publish works of prose or poetry “which could not, because of their merits, appeal to a very large public.” Through Hogarth, Woolf published other authors in addition to her own books.

I think of Dave Eggers. Is he self-published? Eggers founded McSweeney’s Books, which publishes other authors in addition to Eggers’ own books. "McSweeney's exists to champion ambitious and inspired new writing, and to challenge conventional expectations about where it's found, how it looks, and who participates."

I think of James Laughlin, poet and founder of New Directions. Was he self-published? From the start, New Directions was "dedicated to publishing quality works with little regard to their chances for commercial success." Laughlin published his own work and others, including F. Scott Fitzgerald's The Crack Up and the reissue of The Great Gatsby when it went out of print. He also published work by Henry James, E.M. Forster, and Evelyn Waugh at a time when other publishers wouldn't touch them.

Am I self-published? There was a time when this question might have worried me, but no more. I recently turned 40 and I have too much work to do.

But I identify strongly with the author/publishers I mentioned above.

And as a publisher custodian of Perpetua’s Kin I’m also vigilantly aware of how problematic the perception and reception of literary work can be, especially when that work is subjected to a loaded catch-all like “self-published.” 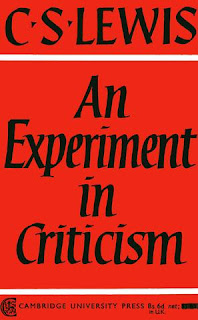 So while I realize that the reactions of readers and critics belong to the department of things one can’t control, still I’m compelled to ask questions. My questions are much like those asked by C.S. Lewis in his wonderful and wise 1961 book An Experiment in Criticism. How should we judge the quality of a book? How might we assess literary merit and literary taste? Despite its turgid title, Experiment is written in a compelling, almost conversational way, and Lewis proposes sensible and humane answers. He writes:


“The first demand any work of art makes upon us is surrender. Look. Listen. Receive. Get yourself out of the way. (There is no good asking first whether the work before you deserves such a surrender, for until you have surrendered you cannot possibly find out.)”

What does self-published mean? Specifically, what does it mean to you as a reader, reviewer, bookseller, award judge, fellow writer — or whoever you may be in the literary community? Is a self-published book simply a book you can more easily and justifiably ignore? Are you allowing labels — or stigmas — to obtrude upon your reading process and preempt the recognition (and celebration!) of quality in works of new literature?

These questions fall to each of us. Especially in these times of instability, confusion, and loss of morale in mainstream publishing — which are also times of countervailing independence, innovation, and vivacity among individual authors and very small publishers — it falls to each of us to bear in mind what Lewis puts this way:

“We can judge any sentence or even word only by the work it does or fails to do. The effect must precede the judgment on the effect. The same is true of a whole work. Ideally, we must receive it first and then evaluate it. Otherwise, we have nothing to evaluate.”

Dear reader, it’s up to you.

And I’m looking forward to sharing Perpetua’s Kin with you. I believe it’s something special.

I’ll be writing more about Perpetua’s Kin in this space between now and the novel’s September 4th release. Meanwhile, Perpetua’s Kin pre-orders are open at the Atelier26 webstore.

I'm pleased to contribute a review of Julian Barnes' novel The Noise of Time to the new issue of American Book Review. My review appears in the special section on biographical fiction guest edited by Michael Lackey.

There survive a few minutes of film footage from 1974 Leningrad. Dmitri Shostakovich, 68 years old—his pale, nerve-wracked face sunken behind bulky black glasses—watches a rehearsal of his opera “The Nose,” a work suppressed in Soviet Russia for nearly half a century. He is a man aged beyond his own years (and he will be dead within twelve months). The camera holds him in close-up. Off-screen, the orchestra plays, the singers sing out, while the music—the inflection of every note—trembles visibly across the composer’s face. He shifts in his seat but the camera clings to him. His mouth and chin quiver uncontrollably. The tendons seem to spasm in his neck. He’s agitated, at points almost gasping. He’s in agony. He’s awash in pleasure. His eyes, hooded for decades and no longer capable of shedding tears, never leave the stage. Finally, finally, this music has its freedom—but Shostakovich the man and artist has never been free.
Reverse the footage. Watch it again. Is this the image of one soul’s tragedy, or its consolation? Has the poor man triumphed at last, or is there some level of suffering beyond which no triumph is possible? In The Noise of Time, his new biographical novel of Shostakovich, Julian Barnes takes up questions like these.
Posted by mcunningham at 4:41 PM