In and Around Nortonville, CA Today 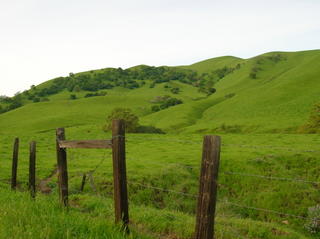 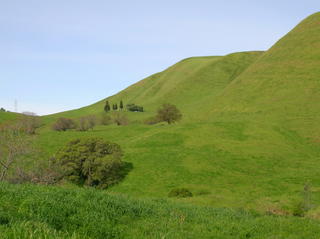 Rose Hill Miners' Cemetery (note the cypresses), as seen from below the Somersville site 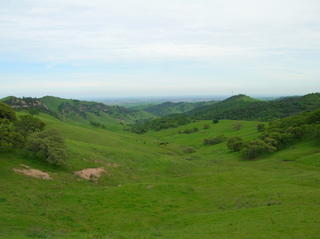 Above Nortonville, looking east to the great Central Valley
Posted by mcunningham at 10:44 AM No comments:

The Place the Mind Awakens

There’s a peculiar human experience that the American writer Wendell Berry beautifully describes as: “the intimacy the mind makes with the place it awakens in.” My own intellectual and creative life began in the great shadow of Mount Diablo in Northern California, and for all my fondness toward the mountain and its surrounding country, I never suspected I’d set a book there. Still, Diablo exerted its mythic force in my imagination, and I’ve now published a novel in which the mountain appears as a primary character.

The story is set in the 1860s-70s in the coal-mining village of Nortonville, once the largest community in this region, now long vanished from the earth. In the mid 1870s Nortonville was so bustling that its mines could produce more than 1 ton of coal per minute, but within 10 years fortunes changed and the town was virtually vacated. In a scene about halfway through The Green Age of Asher Witherow, the eponymous young hero observes a wild cougar “emerging” from the image of the mountain. It’s a mysterious moment, imbued with almost primal wonderment, and to me it’s the heart of the novel, because it faithfully renders the impression of bewildering immensity the mountain stirs in me. 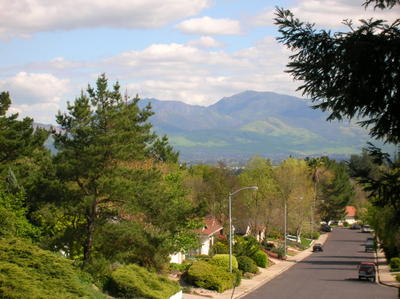 Diablo locals are lucky to enjoy such an eminent daily centerpiece. The mountain grants us perspective, constantly reminds us where we are (in more sense than one), and thus serves the indispensable role -— the same it served the region's first Native Americans —- of world-center; one needn’t be at all religious to recognize the strange inner misgivings summoned, on a day of heavy fog or haze, when it’s blanked from sight.

I’ve long been in the habit of gazing upon Diablo from some vista point at nearby regional parks like Mount Wanda or Briones. While our highways thrum at its foot, I often reflect on the brevity of our human legacy in this valley. The transition from pastoral wilderness to today’s commuter gauntlets has occurred in little more than a hundred years -— a blink in the eye of a mountain as old as humankind. The original paradise is barely submerged, and Diablo stands above history, evidence of that paradise. As long as we wish for the mountain to remain eminent, wish that it be aproned by expansive open space, we will have held fast to the vital importance of awe and its invigorating source in our local wonders.

In the steep arc of Nortonville I see a historical allegory for us today: an era of immense growth and activity, all of it unsustainable and ultimately swallowed by the greater processes of —- first economy, and finally nature (the pristine Black Diamond hills now suggest precious little of the bleak industry they once supported). The Mount Diablo of my novel stands as a bit of eternity amidst the unstable world of Nortonville. Likewise, the true Mount Diablo continues to bear witness to the flurry of our human presence. I hope my book may inspire among its Diablo-based readers a fresh awareness of the mountain's continuing role as axis and awe-giver.

This article was published in Diablo Watch (the newsletter produced by Save Mount Diablo) in spring, 2005.
Posted by mcunningham at 12:58 AM No comments: