From the Archives: William H. Gass on Rilke 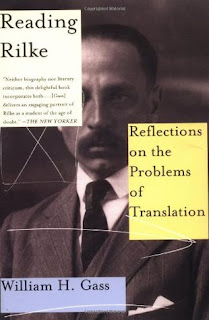 Here's the audio of a fascinating conversation about Rainer Maria Rilke, with KCRW's "Bookworm" host Michael Silverblatt and American novelist William H. Gass, author of Omensetter's Luck. Gass discusses his nonfiction work Reading Rilke. The discussion was recorded in 2004. I wouldn't put Rilke's art in the crass, somewhat oversimplified biographical terms that Gass sometimes does, but it's great fun to listen in as he and Silverblatt talk about Rilke's life and work.

Gass: [Rilke] is trying to do something in one sense impossible, and that is to make a verbal object into a thing. And Rodin is teaching him--not only to make works of art from the ontological view, from the point of view of creating being and placing it in the world as solidly as a statue -- but also to give it a kind of almost impressionistic, multilayered, multisurfaced effect 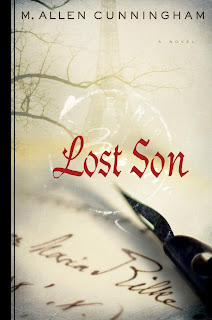 that Rodin was getting in his sculpture. But it is also, of course, for Rilke an enormously important time psychologically, because The Notebooks of Malte Laurids Brigge is to write about a failed poet. And Rilke is seeing himself for the first time as a failure, as someone who is risking a failure, and while he's courting, in order to stay alive (he's getting paid for this monograph on Rodin) -- he's courting genius, success, overwhelming success that Rodin is enjoying at this time. Moreover, Rodin is in a sense, from [Rilke's] point of view, coarse, sexually on the rampage... And there's this little Lord Fauntleroy type watching all this, who then goes back to a little squalid room in Paris and can hardly make ends meet, and who is also feeling an enormous amount of guilt, because he has in effect left his wife and small child. It's a mess. And that very mess is something that Rilke was able to make a capital of.

And here's a little bit from Lost Son dealing with these same critical Paris days in Rilke's life. The poet is standing before Notre Dame Cathedral at twilight:

"The cathedral is perhaps the greatest of all this city's things, and it unifies all that surrounds it...What beautiful power it is that this Notre Dame in its grand thingness can take such discordant elements and draw them all into a pure harmonic. Rodin's body of work has a similar power: his sculpture seems to have gathered everything, everything into itself. And Rainer wonders now: How may a poet acquire such ingathering power? How not merely understand the power but acquire it? How construct as the Master does?

Rainer knows he's nothing like Rodin--no sculptor, no craftsman. Enormous hunks of stone arrive frequently at Meudon. The Master orders the stones set down on the lawn that he may circle them with his thoughtful topheavy stride, his hand wandering in his beard. The poet has watched his eyes and seen the visions kindling there. In blocks of intransigent stone, fragments of mountains that move only with the strength of several men, Rodin gratefully receives the heaviness of his work.

Rainer, though, is no sculptor. By what handcraft, then, could he possibly make work of this city's things? -- of this city's fear, even, which stands three-dimensional amongst the things? The fear, he sees now, could be a unifying power should one muster the strength to make it such. But what immeasurable quantities of strength would be required? How might he get outside himself and make of himself a hand to grasp Paris and everything Paris stirs up inside? -- to give it all a form, a shape?"