Prime Passage: And Our Faces, My Heart, Brief as Photos by John Berger

"Poems, even when narrative, do not resemble stories. All stories are about battles, of one kind or another, which end in victory and defeat. Everything moves towards the end, when the outcome will be known.

"Poems, regardless of any outcome, cross the battlefields, tending the wounded, listening to the wild monologues of the triumphant or the fearful. They bring a kind of peace. Not by anaesthesia or easy reassurance, but by recognition and the promise that what has been experienced cannot disappear as if it had never been. Yet the promise is not of a monument. (Who, still on a battlefield, wants monuments?) The promise is that language has acknowledged, has given shelter, to the experience which demanded, which cried out.

"Poems are nearer to prayers than stories, but in poetry there is no one behind the language being prayed to. It is the language itself which has to hear and acknowledge. For the religious poet, the Word is the first attribute of God. In all poetry words are a presence before they are a means of communication."
--pages 21-22
Posted by mcunningham at 5:17 PM 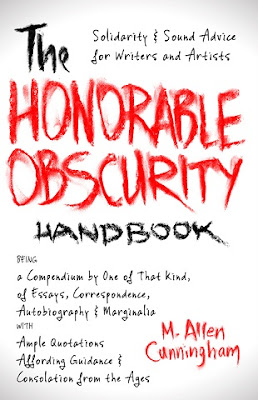